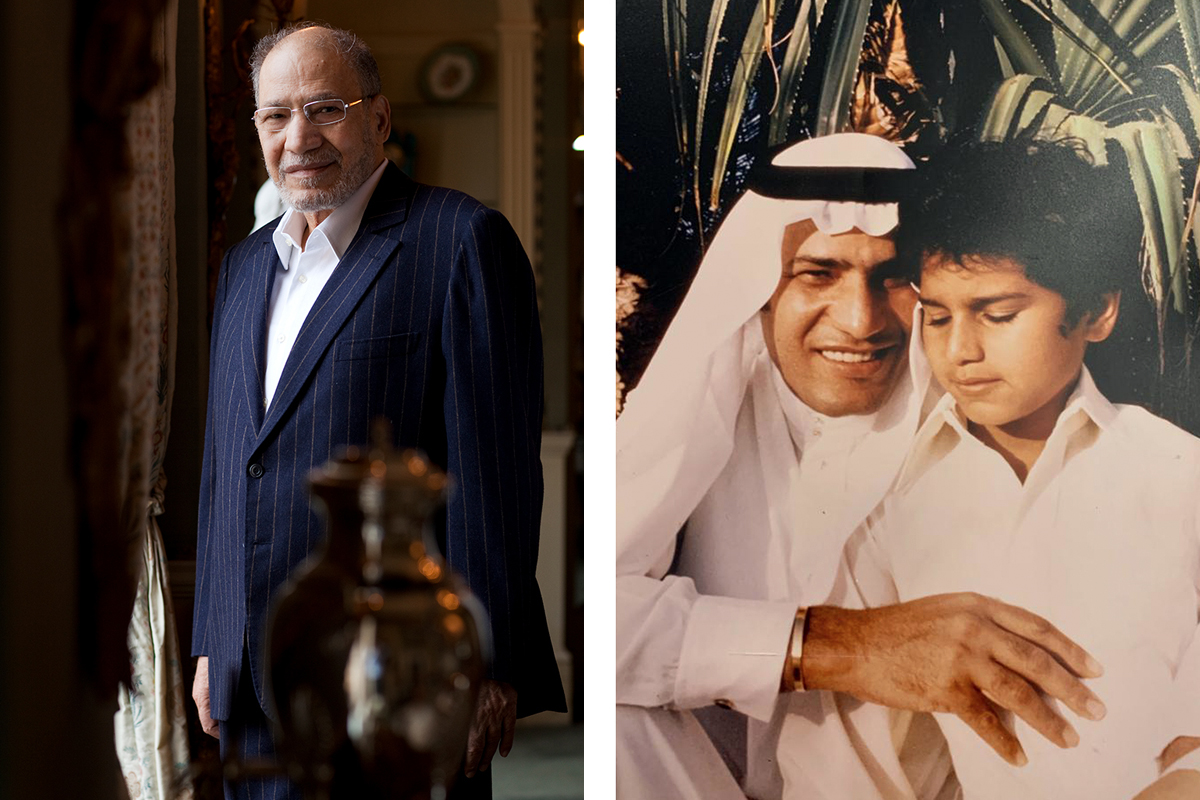 The MSFF was created in honour of my late father, Dr. Mohamed Said Farsi, and in many ways the foundation is an embodiment of his life, work, and values. Every partnership, and every grant awarded, now serves as both a memory of the man and as a living embodiment of his singular character. It is through the remarkable work and philosophy of the foundation that his spirit lives on.

My father was born in Makkah, Saudi Arabia. Upon completion of his undergraduate studies in Alexandria, he returned to Jeddah and worked as the city’s planning officer before eventually being appointed Mayor in 1972. Under his leadership Jeddah experienced spectacular and unprecedented growth, all the while still preserving its beautiful historic centre.

A collector of both Islamic and Western art, my father’s vision as a city planner was to integrate important contemporary art into public spaces, thus enriching the lives of the inhabitants while also reflecting the on-going cultural significance of the city. At the time when he stepped down from public office in 1986, Jeddah boasted over 400 pieces of public art, many of which Dr. Farsi had paid for out of his own pocket, as he believed that art was a way of bringing people together. In 2010, my father was appointed a Patron of the Arts for the Middle East, and now through the MSFF he in a way continues to support art as a catalyst for change all around the world.

Perhaps that which I admired most about my father was his unrelenting commitment to giving back. He was aware of his many advantages and opportunities, and as such dedicated a large portion of his life to helping those less fortunate than him. I have been humbled by the stories that have come from others following my father’s passing, many of which I hadn’t heard before. A friend described how my father used to walk down the streets of Jeddah on his days off, and, if he saw a house seemingly in disrepair, he would make suggestions to the owners by slipping notes through their letter boxes. He would write things such as “paint the house white” or “fix the window” and, if the family couldn’t afford the work, he would cover the cost himself. I was brought up in a house where, if my father read about a bus crash in the newspaper, he would ensure that every family who had suffered the loss of a loved one would be properly cared for. Similarly, he would pay for the schooling of gifted children if their parents didn’t have the means to do so themselves. This was done mostly anonymously, with no thought of recognition, much in the same way that many of our partners operate around the world.

My father taught me the importance of philanthropy, and that you can be a different model of someone from the Middle-East without sacrificing your identity. He was and always will be my role model, and much of what I value in myself I owe to him. It is to honour and perpetuate his legacy that this foundation both carries his name and continues to strive for a world of equal opportunity and prosperity. I hope that the work we carry on will inspire my own children and future generations in the same way that my father inspired me.